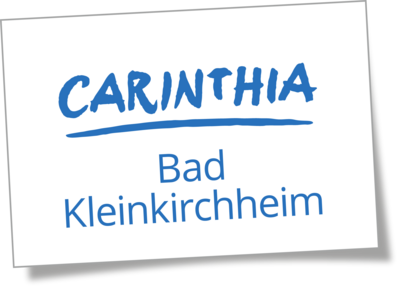 Who has not dreamed of gliding down the slopes with a ski legend? Bad Kleinkirchheim’s "Early Morning Skiing" makes dreams come true!

"Ski before 9 am" is the motto for snow-hungry early risers. Olympic champion Franz Klammer awaits you before sunrise for an entire morning on the Carinthian Nockberge mountain slopes.

Franz Klammer and his slope

In an exclusive, small group, experienced skiers get to know the slopes from sunrise until approximately 09:30 am. The former ski racer is of course on hand with insider tips and tricks for the perfect carving turn. Together you explore the slopes and are treated to exciting anecdotes from "The Kaiser". A unique Sunshine Moment not to be missed!

Franz Klammer and his huts

After a good two hours of skiing it is time to practice stopping at a mountain hut. A delicious brunch is waiting in the Klammerstub’n at Bergrestaurant Kaiserburg, with regional delicacies from the Alpe-Adria area. The perfect way to end the morning.

On four dates Franz Klammer expects his guests already before sunrise at the valley station of the Kaiserburgbahn. After a small warm-up coffee snack, they head uphill towards the top station. The event is an insider tip for all ski fans in Bad Kleinkirchheim and is sure to provide young and old with unforgettable sunshine moments during their winter vacation!  The number of participants is limited, so we recommend timely registration! 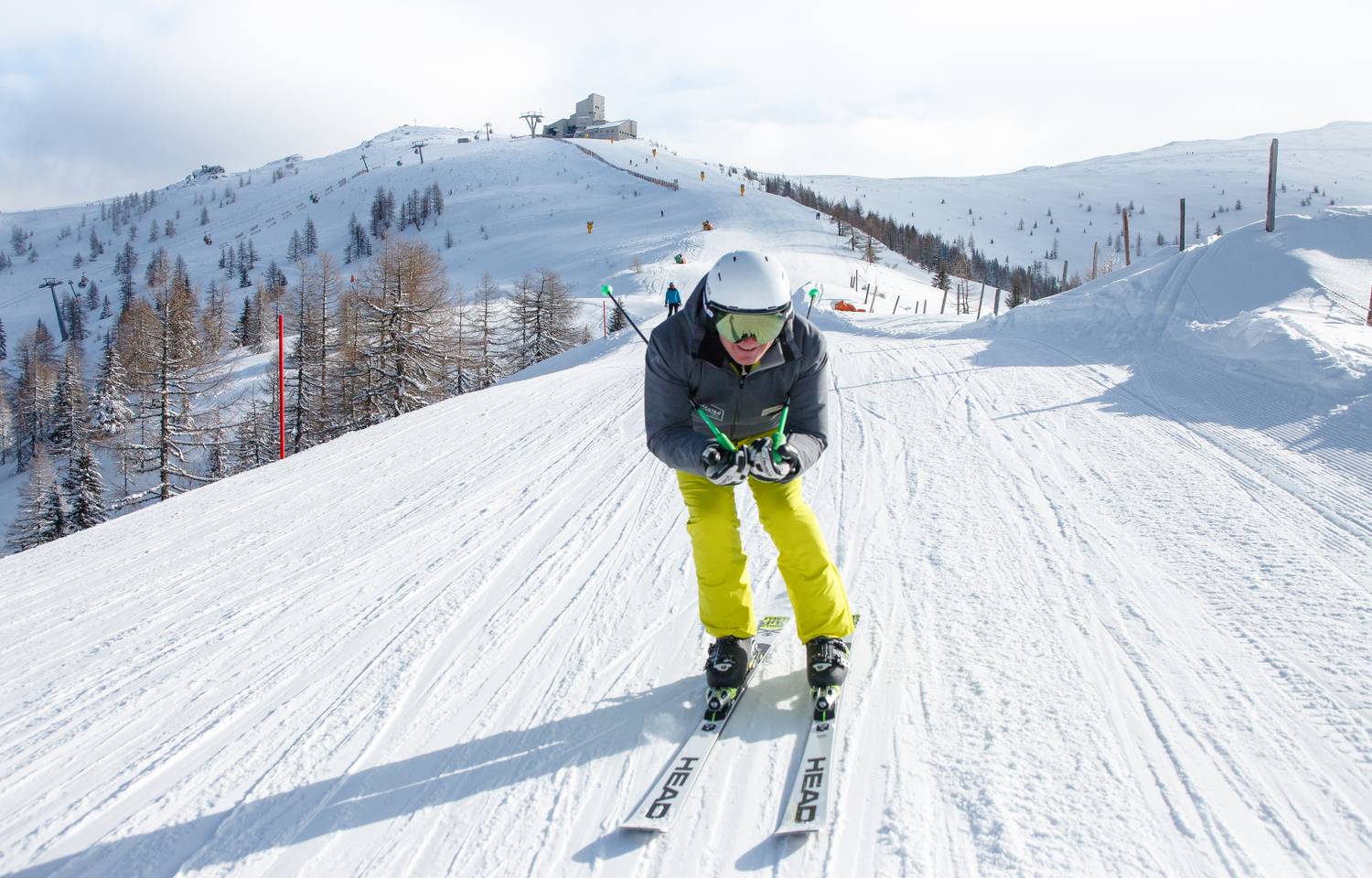 Pristine downhill slopes, crunching snow under your skis and a familiar voice greeting you full of anticipation even before sunrise ... Olympic champion Franz Klammer himself hunts with you for a morning after "the perfect line" on the slopes of the World Cup resort Bad Kleinkirchheim. Unique views of the Carinthian Nockberge mountains and one or two insider tips from the ski emperor are included!

A sunshine moment with Franz Klammer: Even before sunrise we start! Franz Klammer awaits you at the valley station of the Kaiserburgbahn in Bad Kleinkirchheim. After a warm-up coffee snack, it's off to the slopes.

Klammerhocke: At the latest after the warm-up round with the snow sports professionals from the Krainer Ski School, tiredness will have vanished. By about 9:30 a.m., Franz Klammer will be making the first turns with you in the snow on the freshly groomed Bad Kleinkirchheim slopes. The Olympic champion will also be happy to reveal a few exclusive tips for the perfect carving turn and how to skilfully use the famous "Klammer squat".

Clamp turn: Sporty and sociable - that's how the ski emperor is known. The stop for a bite to eat should not be missed. After a good two hours of exclusive skiing pleasure, the skis are therefore unbuckled together. Over a fortifying mountain brunch, Franz Klammer is happy to share one or two exciting anecdotes from the life of a skiing legend - including personal conversations and autographs!

Skiing with the Olympic Champion € 170,00 per person
Book now

... is also the name of the film that gives an insight into the successful skiing career of Franz Klammer. It is the success story of an Austrian skiing idol, which once began with the first turns on the snow-covered slopes of the Carinthian Nockberge mountains. 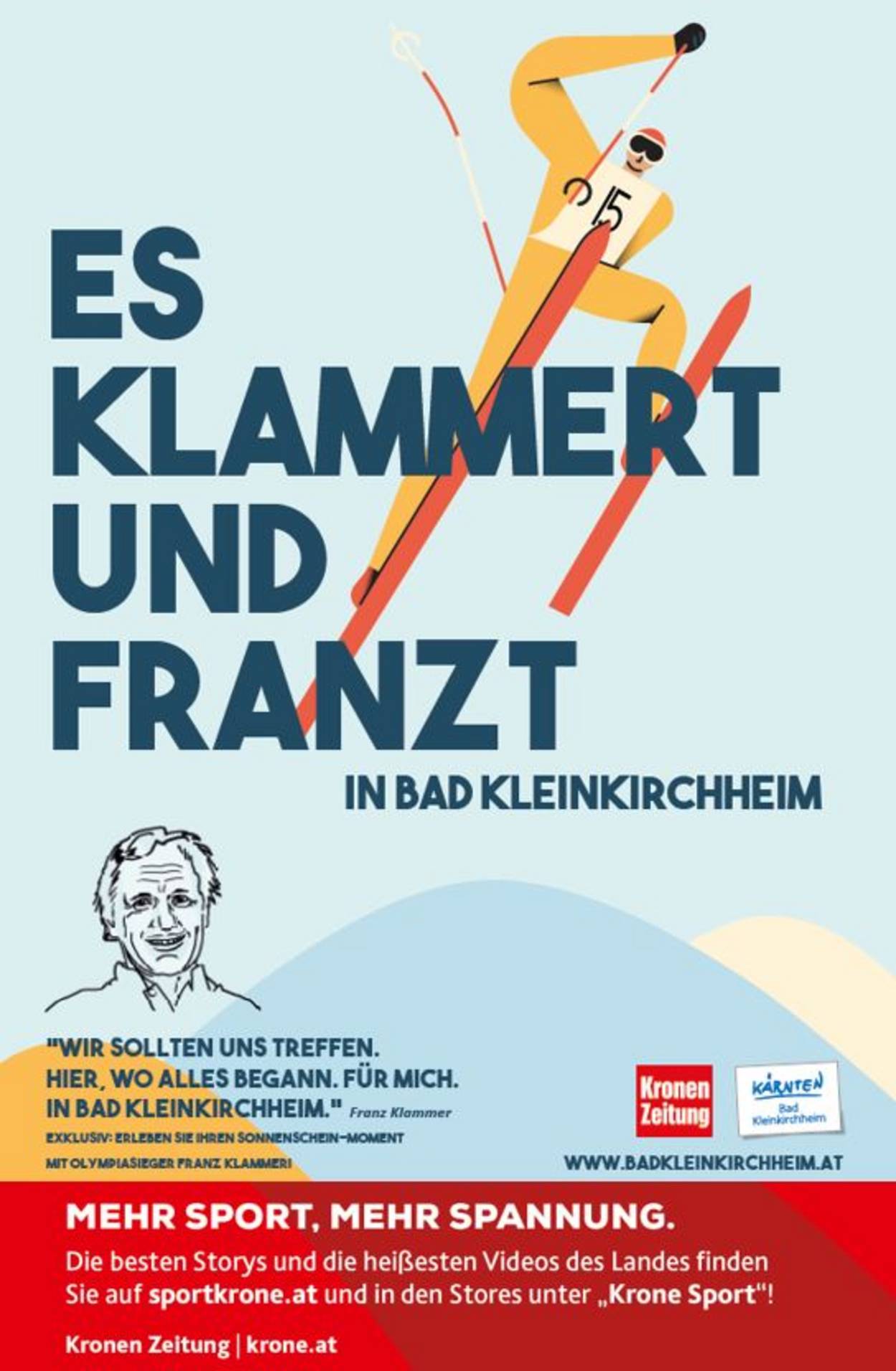